Lessons Learned From My Father, Miles Lord: Standing Up For "The Little Guy"Sep. 25, 2017 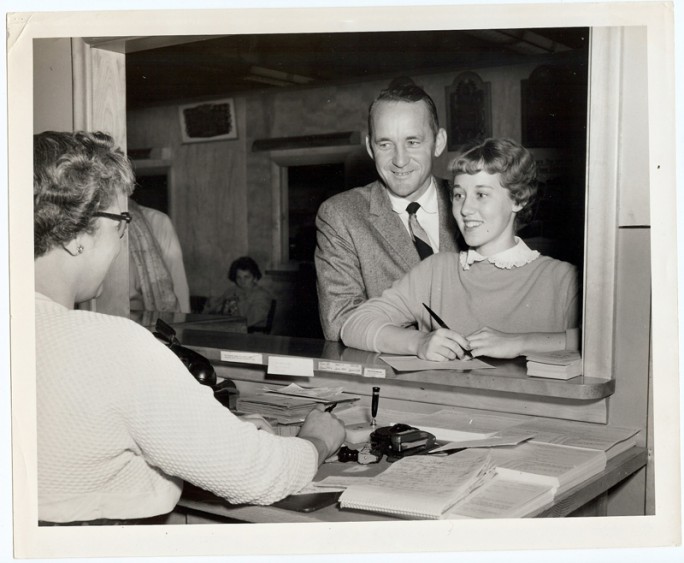 My father died on Saturday, December 10, 2016. Since that time, I have been reading books and articles about him and thinking about how his life has influenced my life. Like him, I practice law and love advocating for my clients. This is my first post of a five-week blog series titled "Lessons learned from my father." He truly was a one of a kind and a great role model for me.

From the time I was a young girl, my Dad would preach to me how important it was to stick up for the "Little Guy." Miles had a strong aversion to bullies and a strong drive to protect victims. It was just his nature to stand up to those who abused power and mistreated the weak and powerless.

My Grandmother Lord saw this drive early on and she encouraged Miles to become a lawyer. Miles worked hard to get to a place where he could have a voice. By the time he was in law school, he and my mother had two children. When we were growing up, if we didn't want to do our chores, he would get mad and tell us that while going to law school he worked as a welder, a night watchman, and a janitor all in the same 24 hours. In comparison, our chores no longer seemed so insurmountable.

As the Minnesota Attorney General (1955-1960) and the U. S. Attorney for Minnesota (1961-1965), he found he had reached a position of power which gave him a voice that he would often use to balance the scales of justice in favor of the "Little Guy."

In 1965 he was appointed as a Federal Judge for the District of Minnesota and during his nineteen years on the bench, he did the "right thing" for citizens of Minnesota even when his decisions were not popular. For instance, he ruled in favor of making the Reserve Mining Corporation stop dumping cancer-causing asbestos tailings into pristine Lake Superior. This decision was criticized by the Eighth Circuit as being too discriminating against the Corporation and they removed him from the case. However, he was vindicated in 2015 when the University of Minnesota published a study that demonstrated a significantly higher level of mesothelioma (asbestos poisoning of the lung) exists in miners on the Iron Range.

In the Rajender V. University of Minnesota case, Miles enjoined the University from discriminating against women on the basis of their sex. In spite of the Minnesota State High School League's objections, he made the first decision ever to allow two young women to play on the men's teams since there were no women's teams. From that time on, girl's and women's sports grew exponentially.

Miles made a decision to protect the Boundary Waters by blocking the use of motorboats which angered many a hunter and fisherman. He ruled in favor of protecting wolves. He also stood up to the large corporation that manufactured and sold the Dalkon Shield to women as a form of birth control, despite knowing that the device would cause sterility and infections so serious that in some cases it caused death.

LESSON LEARNED: Thanks to Miles' constant reminder to fight tirelessly for what is right, I have spent my career carrying forward his legacy of helping the "Little Guy and Gal.". Now I get to do just that every day when I defense personal injury victims and those experiencing a professional license challenge in court.

Photo: Priscilla registering for her first Minnesota driver's license with her father.