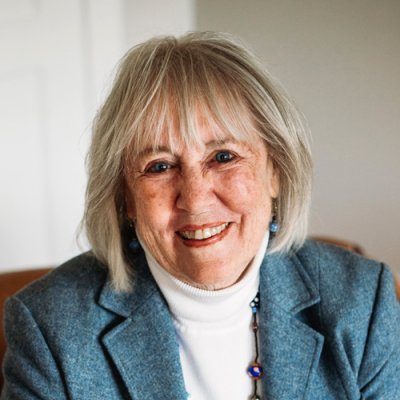 Evidence of Priscilla Lord's deep and abiding passion for helping people is witnessed in her law practice and her life. She has successfully represented thousands of personal injury clients throughout Minnesota, fighting to win the compensation they deserve for their physical and emotional losses. Priscilla also diligently advocates for professionals before their licensing boards, providing wise counsel to clients whose livelihoods and reputations are at stake.

While she fiercely pursues justice for her clients, Priscilla is also highly valued by clients for her caring, personal attention. She invests fully in every case, getting to know each client and all the details of the situation. This compassionate, personalized approach allows Priscilla and her team to develop the best legal strategy for each case.

Priscilla is not afraid to take on challenging cases in pursuit of justice as is demonstrated in her class action work. Early in her career, Priscilla represented over 600 claimants in the silicon breast implant class action suit, the longest running class action lawsuit in United States history. Through tenacity and hard work, Priscilla managed the complex legal and medical paperwork and processes required to successfully adjudicate each case and claim. Her hard work paid off for her clients who each received settlements ranging from $10,000 to $250,000.

In 2001, Priscilla took on another major challenge: representing people harmed by the diet drug Fen Phen. By the end of 2002, she had submitted claims on behalf of nearly 200 people harmed by the drug. Throughout most of 2002 and 2003 Priscilla and her team worked seven days a week, tirelessly advocating for her clients. Their hard work was worth it and her clients each received settlements ranging from $2,000 to more than $562,000.

Since opening her own law firm in 1993, and subsequently merging with Miles Lord and Associates in 2011, Priscilla has earned accolades from clients as well as her colleagues in the legal field for her knowledge of the law, commitment to client service and for achieving great results. She was named a Minnesota Super Lawyer in 2006, 2007 and 2008 and chosen one of the Top 40 Personal Injury Attorneys by Minnesota Law & Politics for 2007. Priscilla has earned an AV rating from Martindale-Hubbell, a peer ranking of the highest professional level.

The daughter of legendary Federal Judge Miles Lord, Priscilla's concern for justice began early. In 1963, she worked on the staff of Senator Hubert H. Humphrey and campaigned for the Senator in his run for President in 1968. A lifelong advocate and community leader, she has served on numerous boards including the Little Earth Housing Community, Chrysalis, and the University of Minnesota Intercollegiate Athletic Advisory Board. Priscilla served as a member of a group that studied and made recommendations to the State of Minnesota Pardon Board, and headed up the lobbying effort of Minnesota MADD at the Minnesota legislature in the early 1990s, following her son Wayne (Way) Faris, Jr.'s tragic death caused by a drunk driver in 1989.

In 2000, Priscilla was elected to a four-year term on the Sunfish Lake City Council. In 2008, she ran in the DFL primary for U.S. Senate against Al Franken, winning 30 percent of the vote (75,000) after only seven weeks of campaigning.

Just as political and community involvement was inspired in Priscilla at an early age by her father, Judge Miles Lord, Priscilla has inspired a sense of community service and activism in her own children. Read more about the local political activism of Priscilla Lord and her youngest daughter, Emma Faris here.

Priscilla lives with her beloved dog, Diva in St. Louis Park, Minnesota. Chances are, if you come to her office, Diva will also be there.