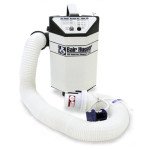 Lord + Heinlein is now accepting cases involving post-surgical infections where the patient has undergone hip, shoulder, knee replacement surgery where the Bair Hugger was used to keep the patient warm. If you or a loved one has experienced severe infections that may be due to this device, please call our office for a free consultation with one of our personal injury attorneys specializing in medical device claims.

The introduction of the surgical warmer, the Bair Hugger, in 1988, revolutionized surgery. This device uses specially made blankets and gowns attached to a device that warms the air through the garments and around the body. It functions much like a forced-air furnace, delivering a bath of warm air surrounding a surgical patient to keep body temperature up. Hypothermia is one side effect of anesthesia, and researchers found that keeping the patients body temperature up helped not only to speed up recovery but to reduce bleeding.

SIDE EFFECTS CAN BE DANGEROUS

The Bair Hugger and later the Bair Paws surgical warming gowns have become incredibly popular, and it is estimated that over 22 million in-patient and out-patient surgeries have been performed using the device. In addition to human surgeries, Bair products are also made for veterinary procedures.

Unfortunately this device which originally gave indications of having only beneficial characteristics also has a potentially dangerous side. In fact, the inventor, Dr. Scott Augustine, an anesthesiologist who formed the company which originally marketed the Bair Hugger, warned doctors and hospitals a number of years ago to cease using the device. He stated that there were indications from independent review studies that the warm air, which recirculates air during surgery, can carry contaminating bacteria from the surrounding surgical suite floor depositing harmful contaminants into the surgical site and onto the implant.

According to a recent study by orthopedic surgeons evaluating the amount of contaminated particlesdrawn up to the surgical site increased 1000-fold when a forced-air warming device such as the Bair Hugger was used.

WHY THE BODY CANT GET RID OF INFECTION ON FOREIGN IMPLANT:

The deposit of harmful bacteria on the wound site can usually be fought off by the body's immune system, but when it is deposited on the metal implant, the body has no ability to fight off the infection because the immune system cannot attach to a foreign object and therefore the infection cannot be fought without countless infection-fighting drugs. Even with the addition of those drugs, the infection may be so deep that amputation is necessary.

Several patients with these infections have had to have a knee amputation or entire leg amputation in order to get rid of the infection.

One Texas man, who suffered severe infections following a hip replacement surgery, is suing 3M Company, the manufacturer of the Bair Hugger. He claims that 15 surgeries were necessary to deal with the resulting complications, including removal of the hip replacement.

Deep joint infections such as are apparently suffered by the plaintiff in this suit are extremely painful and debilitating, requiring IV antibiotics and prolonged hospitalization. In some cases, permanent disability results. In the U.S. it is estimated that approximately 12,000 deep joint infections develop following surgery. It is unknown how many of those may be related to the use of the Bair Hugger.